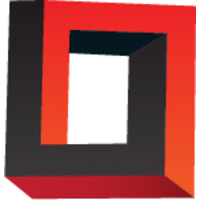 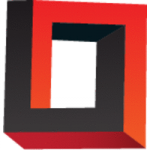 ZEF (Zero Emission Fuels) develops a small scale chemical factory (the micro-plant) which converts CO2 from air into methanol. This renewable methanol can either be used as a fuel or as feedstock in the chemical industry. Each micro-plant is the size of a coffee machine and will be fully powered by three solar panels (Figure 1 shows a mock-up). By building a small unit, mass production technologies become an option, development costs stay low while handling and testing the product remains manageable. Consequently large numbers of units can be produced at low cost, driving down the price of renewable methanol to competitive levels.
The ultimate aim of ZEF is to install large numbers of micro-plants in solar-to methanol-farms thereby producing large quantities of cost competitive methanol.

ZEF: A combination of entrepreneurs, experts and students

Three experienced entrepreneurs supported by numerous top experts form the core of ZEF. These experts work at research organizations such as TU Delft, TNO and University of Twente, and companies such as Nouryon, Promolding and NPK. In addition over 150 talented students have participated in the ZEF project. From the start ZEF had the aim to funnel talented students into this field. These students study at educational institutions such as TU Delft, Haagse Hogeschool, Leidse Instrumentmakers School, Twente University and Groningen University (MBO, HBO & University level). ZEF works in development cycles of 3-6 months. During each cycle new subteams of students (internships & graduation projects) work on the systems such as direct air capture, electrolysis, methanol synthesis, distillation, pumps/compressors and simulations.

The electrical energy needed to run the process is delivered by three 300 [W] solar panels. The air contains the feedstocks needed to produce methanol: CO2 and water. After the CO2 and water are filtered from the air the water is fed into an alkaline electrolyser and is split into hydrogen and oxygen. Finally, the CO2 and hydrogen are fed into a methanol reactor which converts the feedstock into a mixture of methanol and water. This mixture can be separated by using the concept of a heat pipe to distillate the mixture into a stream of water and high-quality methanol.

Several vacancies are available for both internships (3, 6 or 9 months) and thesis projects. An overview of topics is given on the next page. Starting times are determined together based on the ZEF planning. If you want to work on something meaningful that will be implemented in real life you can contact Ulrich Starke to discuss the opportunities more in depth: ulrich@zeroemissionfuels.com / 06-14680887.

To apply for this job email your details to ulrich@zeroemissionfuels.com